Questions for a new EOS setup in a HPC facility

We in Vienna are planning a new EOS setup in a HPC facility shared with Biologists. It would be a significant advantage, if we could put the EOS FST and MGM nodes into the internal network and expose only a minimal interface to the external world. We are a relatively small site and have only a 10 Gbit WAN interface. Due to
this considerations I would like to study a scenario for deployment using a geteway connecting the
HPC low latency network with several gateways.

In any case I am attaching a trivial sketch of the site as I have it in mind.

I would be grateful for feedback on this scenario. 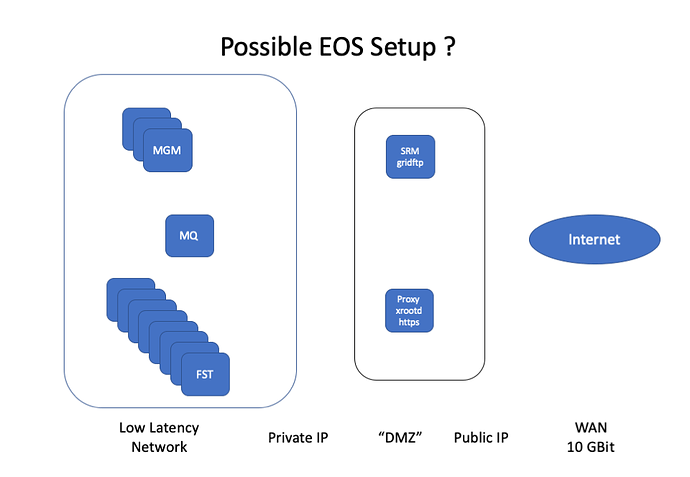